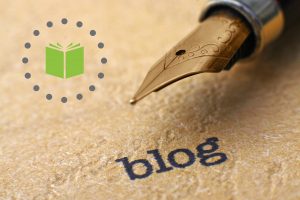 We read Scripture to do God’s word—Part 3

As a denomination founded by Scandinavian immigrants has become increasingly diverse, the Covenant has both changed and remained much the same. Whether in ninteenth-century Sweden or twenty-first-century North America, for example, Covenanters continue to read Scripture in order to do God’s word. Consider some recent history from Long Beach, California, where Fountain of Life Covenant Church was planted in 2007.At an early Bible study, a visitor named Mike Martinez heard the story of Jesus miraculously feeding the five thousand (John 6:1–15).

It could not have been more meaningful for a young man who had survived a difficult upbringing, with stints in juvenile detention, to go on to receive culinary training at the Cordon Bleu. “Chef could not comprehend how much joy Jesus felt after feeding thousands of people,” recalled his pastor, John Teter. Chef Mike not only became a follower of Jesus in 2008, but joined with others at Fountain of Life to start a restaurant in 2014. 5,000 Pies not only serves great pizza and sweet pies to people in West Long Beach, it also offers employment and job training. As Chef Mike told L.A. Weekly, “My boss always says that we can make the best pizza in town, but if we didn’t transform lives in the process, we failed.” Through 5000 Pies and the tutoring and ESL programs of the church’s Family Center, the people of Fountain of Life seek to do the word they read in Scripture: to live out Luke 4:18 by “proclaiming good news to the poor” in their community.

We read Scripture to do God’s word—Part 2

As they gathered in small groups to read their Bibles in the 1850s, our spiritual ancestors soon learned that they were to be “doers of the word, and not merely hearers who deceive themselves” (James 1:22). As Covenant pastor Glen Wiberg wrote of one such group, meeting in the Swedish province of Värmland, they “gathered…around the gospel and made the remarkable discovery that because of grace they were also bound to the needs of neighbor” (This Side of the River, p.75). Inspired by their encounter with the Bible, members of this small group pooled their scarce funds to buy the freedom of boys and girls forced to work off their parents’ debts as farmhands and servants. Like Francke in Halle, they founded a children’s home and school. As followers of Jesus, the living word, the members of this conventicle learned “to care for orphans and widows in their distress, and to keep oneself unstained by the world” (James 1:27). But what’s most remarkable is that the leader of this initiative to care for children in distress was herself a widow, with six children of her own: Maria Nilsdotter (also known as Mor i Vall, or “Mother at Vall Farm”). Better than most, she and the other women in her group knew that reading the word kept them from conforming to the world, by prompting them to care for those the world neglected. At Maria’s funeral in 1870, her son Carl Johan Nyvall, an early Covenant evangelist, preached from the Gospel of Matthew: “Whoever welcomes one such child in my name welcomes me” (18:5).
—Chris Gehrz

We read Scripture to do God’s word—Part 1

Second Timothy 3:16, “All Scripture is inspired by God and is useful for teaching, for reproof, for correction, and for training in righteousness,” is one of those verses that many of us learn early in our Christian lives.It helps us understand why we seek to give these ancient writings authority over our lives today, why we Covenanters regard them as “the only perfect rule for faith, doctrine, and conduct.” But this verse is incomplete without the next, for Scripture is inspired and useful “so that everyone who belongs to God may be proficient, equipped for every good work” (3:17). That’s something

That our Pietist ancestors understood well. August Hermann Francke (1663–1727), one of the most important leaders in the Pietist movement, made the German city of Halle a center of religious revival and social reform. He established a publishing house that printed affordable “people’s Bibles”—millions of them, up into the twentieth century. But the Halle Institutions also included a pharmacy, an orphanage, and schools for boys and girls, and under Francke’s leadership the University of Halle trained pastors, military chaplains, and the very first Protestant missionaries. As a Lutheran pastor, Francke knew that biblical faith leads to more than knowledge: it is “a living, busy, active, mighty thing…doing good works incessantly” (Martin Luther, “Preface to Romans”).
—Chris Gehrz

We are not the first Christians to read Scripture. This may seem obvious enough, but it is a reality worth considering. When we come to the pages of Scripture, we take our place in a long line of believers that spans millennia, linking generation after generation of Christians to the beginning of the church. As we read together over the next forty days, we will learn from those in our present community. We can also learn from those who have been Christian and Covenant before we have. What has it meant to read Scripture within the Covenant? How has Scripture been read? Why has it been read?

Supplemental historical material provided by the Evangelical Covenant Church invites us to enlarge the community in which we experience the Bible. We draw from the history of the Covenant (1885–present), as well as its roots within Pietism and the Protestant Reformation Pietism sought to recover, to consider how and why Covenanters have read Scripture.

Note: Salem member, Chris Gehrz, is one of the contributors to this supplement.

The Big Picture Makes This Text Harder to Dismiss

The body is meant for the Lord—that’s the big picture I get striding through Paul’s first letter to Corinth (Week 3). So whatever keeps body from Lord—whatever masters me apart from God’s mercy—is a deception. Paul gave a list of temptations and practices to make his point (p.124). In that list, he lines up sexual immoralities alongside lying and greed and cheating and drunkenness.

My old granular, verse-by-verse approach to this text made it easy to emphasize certain sins as worse than others, and then skip those list-elements that cut closer to the bone. But, in fact, every item on Paul’s list has the same effect: deceiving me into thinking there is life outside of God’s mercy.

Paul’s solution is that old churchy word, “sanctification,” which is a call to something better than giving room to sins I’ve decreed as “lesser” with my selective reading. Paul’s call is to a full-bodied devotion with a happy, kingdom-inheriting ending.